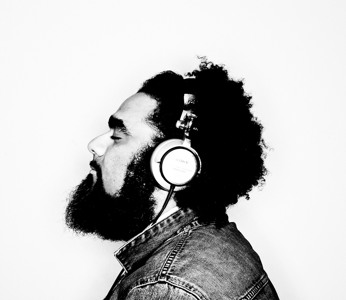 Last week I flipped the model of Ask Alex on its head and I asked Logan Nee a bit about Electronic Dance Music [EDM]. I know decidedly little about the genre, and I figured Logan’s insights would make for an interesting post. I didn’t expect it to be a controversial one.

Ian explained that he stopped reading after my sarcastic note to Logan. Logan wrote: “Straight up house beats, which I find boring, are produced by artists like Carl Cox, who is a favorite of the Ultra Music Festival. I am not sure how people can listen to that for four straight hours.” I responded, “I think the answer is drugs.”Of my comment, Ian wrote:

Come to next to DubStep/electro/”edm” show at the State and tell me all those kiddos aren’t effed up on a whole bunch of things… Dismissive and/or ignorant comments made me stop reading.

Good point, though as I responded to Ian, I should underscore for anyone who was put-off that I was being facetious and non-judgmental, particularly since I have not been a stranger to, ahem, artificially enhancing my experiences in the past. When I speak to drug use, I do so neutrally, and not at all dismissively unless I add additional commentary.

Ian went on in his criticism of Logan’s suggestions, suggesting they came from someone with little understanding of the field. As noted, Ian, who I know and enjoy very much, wasn’t alone in his criticism. Mo Nunez wrote the following:

Whenever I read things like this I normally just let it go and think “…oh well, another misinformed youth… but who am I to diss what the kids likes?” But I cannot just let this one go. In addition to some gross oversimplifications, your contributor also made some inaccurate statements. I have never listened to their show, so I am going to assume that the choices they listed for you to check out are what they would listen to. The acts they recommended to you, and subsequently you audience, were terrible at best. Analogy: I ask someone to tell me about rock music and they put on a Nickleback CD; I ask someone to tell me about R&B and they put on a NKOTB tape. “Off the mark” is an understatement.

They are fans of “progressive house” and did not name a single progressive house act that isn’t Top 40. In fact not one of the suggestions they made were outside of the Top 40 format – as a lover of music, does this sound right to you? Isn’t college radio supposed to be the anti-Top 40?

I want to strike a line between writing this to tell you “those kids are wrong and don’t know music” and “what the fuck?! This is insane? These kids don’t have a clue.”

Here are some things I feel need clarification:

Drum and Bass is actually having a resurgence and is coming back in a big way. Like most other European/American “invented” genres, DnB is popping off in places like India, and Africa. Peep this article for a great look at the Indian scene. In addition to this development established (read: old school) DnB acts are putting out new records, and working with new producers after having been in the shadows for close to a decade.

Most trance DJs (of which Portland has some nationally known touring acts – (Psydways, Nocturnal) would lose their mind if they found out that someone said Tiesto is “trance” music. Tiesto does something, but it is not trance.

Note from Alex: It is particularly embarrassing for me to have overlooked Nocturnal in any way, as he and his friends / company used to DJ house parties at my place 8ish years ago. Back to Mo:

House music. I do not go in for house music much. I like it. I get it. But I do not really want to listen to it all night long. That being said, it is straight up slander to say that it is “boring” or that only drugs make it enjoyable. Again, Portland has touring House DJs that are know all over the country, as well as a couple of producers who are prolific and respected in the industry (Mr. Dereloid, Highkoo, Pat Fontes, DJ Marcus Caine) These guys play in festivals, record with major acts, put out records, and pack dancefloors.

Hardcore and Dubstep are not in any way related just like Punk Rock and Thrash metal are not related.

One of the fastest growing labels in the US and Europe is run out of a house in Portland. Milled Pavement is on the cutting edge of the darker side of EDM, and Moshe, the label head, who recently came back from his second European tour in two years, is one of the east coast’s foremost Producers.

There is no mention of Techno in the entire article. EDM does not exist without Techno. If Soul and Blues make up the history and backbone of rock and roll, Techno and House make up EDM. Again, Portland makes good on that front as well. Jhjort and St. Pierre, artists on the Tight Groove Recordings host monthly parties all over downtown Portland.

What originally got my goat in the post was the statement “There is also the Reggaeton scene, which is the newest and is headed mostly by Diplo care of Major Lazer.”  Reggaeton is not new and to classify it us such moves this comment into a world of appropriation – so its new because you discovered it? the fact that kids in Puerto Rico, Panama, Dominican Republic, and other Latin American nations have been developing and reveling in the style for over a decade now (see: El General, Daddy Yankee) doesn’t count? This is just plain ignorant. Major Lazer does not do Reggaeton. Most folks would have a very difficult time classifying what Major Lazer even does, probably falling on Dance Hall, as an answer, before they would even think of saying Reggaeton.

Now listen to this.

And tell me they “sound the same”?

I know you did not set out to write a post about Portland and its artists, nor did you set out to have some smart ass write you back and give you a music lesson, but you did ask for advice on who to listen to, and instead got an extremely narrow view, that bordered on a privileged world view. Skip the cookie cutter Top 40 suggestions. Which brings me to my final point:

There is a major beef within the EDM scene, but it is an oversimplification to say that “There’s a huge internal feud going on with current artists regarding which is better, quality or quantity of production.” The major battle is between production in the studio and production on stage – artists like Swedish House Mafia are accused by artists like Diplo of going out there and “just pressing play”. Meaning that the battle is over what fans are “owed”. Is it about going to see Diplo or watching him “play”? DeadMau5 is actually a very interesting voice in this discussion because he makes no qualms about being a “press play / synch” dj  – and he calls out the other djs who do just that but expect to be treated like royalty for doing so. He is on record saying “it aint that hard…” here is a great editorial he wrote on the subject (one of many)

The debate is fascinating because what is really being debated is the role of technology in making art, producing art, and ultimately performing and delivering art. This very debate was tackled by the Beatles when they realized they could not possibly pull off the studio trickery of their later albums on stage – and we were all better for it when they had to ask “now what?!” EDM has brought that discussion back around and this time there is more at stake because this time unlike the last time – we CAN afford the gear, its not just available to huge rock stars. We are all djs…. ? The debate also brings the audience into it as well  – are audiences “owed” anything?! Don’t rock stars show up and just play their latest cd?

I hope we can meet and I can shake your hand, buy you a drink, and we can become friends, but I really felt like I had to say something about this. As a musician, a performer, a producer, I have a tough skin, and I try to stay out of the fray, I especially try to let the youngens have their stuff, and not try to cram my stuff down their throats, but every once in a while things like this post, and the statements in it get me up in arms. If and when we meet i can bring along a list of suggestions if you’d like.

Man, I love this. As I noted, I didn’t think that the post I put up would be controversial by any means, but it was and I am glad folks are weighing in accordingly. I am learning much more than I imagined I would, and particularly happy to be learning about what is going on locally. There you have it, all. Great perspectives from some great local artists.