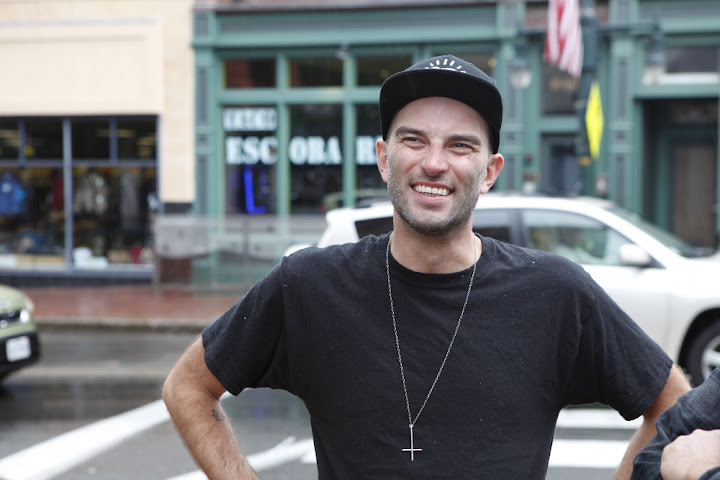 My company [Knack Factory] recorded this Podcast with Pocket Brunch‘s Joel Beauchamp at Eventide Oyster Co. in Portland, Maine. I mention this because they were gracious enough to host us, and because it explains all of the clink-y clank-y goings-on in the background. Also, we drank a lot by way of rum drinks, so if you notice any slurring, that’s what is happening there. For more background, check out this chat I had with Joel back in September.

Joel, Josh Potocki, Katie Schier Potocki and Nan’l Meiklejohn started Pocket Brunch up last year, and the event has gotten attention from everyone, including Food and Wine and Bon Appetit. I talked with him about the origins of Pocket Brunch, where it is at now, how they grew in popularity, and how the event is essentially the Al-Qaeda of portable brunching (without, of course, the hate, violence and ideology). Here are some excerpts from the interview:

On the growth of popularity:

Joel: We all try to be fairly creative people and we all have a great network and community of people and friends who are also creative and interested in creative stuff. We just kind of started the word of mouth with a great core email list that we had all come up with. We each started with 20 or 25 names and made sure there weren’t any duplicates and now we have over 1,000. Every single one has sold out, some in a couple hours and some in a double days, but quickly.

On what, if anything, Pocket Brunch says about Maine?

Joel: Maine is not just what’s happening in a certain little subset of people who frequent certain restaurants and summer up the coast… That’s great; good for them. But there are a bunch of wildly creative people taking risks every day, trying crazy things and some of it doesn’t work while some of it does. But there are people doing super creative things. Pocket Brunch is proof that if you give all these guys who are working at great restaurants, but they’re doing the same thing or same kind of food over and over… [It’s proof that these] are guys who want to be trying new things or crazy stuff.

Portland has always been looked at as one of those places where there is creative youth for a period of time but then they leave to go to a place with more of a scene. But we’re slowly becoming a place that has some scenes that are awesome. The food community here is full of creative people. Ricchio used to have the Death Matches and that was another thing. No one was making money on those. We don’t make money on these. Our waitstaff who are amazing work for tips, but they don’t make the same amount they would if they were working somewhere on a Friday night…

But for every single person involved, you are creating for people the opportunity to innovate in a way that they love and removing the parameters they otherwise have to live within.

On Pocket Brunch as Al-Qaeda (and a place to innovate and experiment creativity):

Joel: The reality about Pocket Brunch now is that it is less about these core members, and it we all make a lot of the creative decisions, but all of that would be jack shit if we didn’t have all of these friends who donate their time behind the scenes.

Alex: So it’s the Al-Qaeda of portable brunching.

Joel: [Laughs] Everyone who helps us out, people who have lent us stuff to pull off our theme and artists and people who lent us a truck or whatever. It’s all of us who pull it off. This isn’t New York where people work at other restaurants and there is this competitiveness; this is a place where the creative community is so supportive of one another. No one thinks for more than a second about helping us out pulling off this event.

Alex: No, no, no… I think you’ve brought something up that’s important, which is when you live in New York, you literally work 90 hours a week just to not go in debt.

Joel: Oh, I have friends who worked in the food community here, they’re a couple. And now they live there and they never see each other.

Alex: And that is a very classic story and it is not to say one thing or another about the creativity, it’s to say something about the opportunity. For the longest time when people from outside of the state would ask about what young people do in Portland, I would say that we have the most highly educated service community you’ll ever meet. You have a lot of craftspeople with a lot of time on their hands, and not always with a venue.

Joel: We had Nate Nadeau from Fore Street, which is one of the most visible restaurants in the Northeast… Only in Portland would he have time. All these guys… It is not easy to get up on a Sunday. We worked 15 to 16 hour days 2 days in a row, and we give the chefs a small obligatory fee, but the chef worked harder than he probably works at the restaurant, all on his days off. People do it and I don’t think they really think about it because it is new and fun.

On the importance of design and branding:

Joel: Katie has done an amazing job creating the branding imagery, and making sure it is front and center at all of our events so that people see the Pocket Brunch lettering, but also all of these other elements and images.

Alex: What is definitely fascinating, and what gets lost with a lot of restaurants, is that you are strongly including a lot of design elements and brand elements. These are a lot of things that, for good practical reasons, are the last things that people in the food industry think about. They develop this great experience and no way to convey it.

Joel: What we’re branding is this certain level of quality, I think. Any small little dips in that are made up for with this tangible creativity going on around it.

Alex: And they have heard great things three times, and so when they see that they know what they can expect.

On whether or not Pocket Brunch still has an expiration date:

You know, I think we’re less concerned with saying expiration date and more concerned with making a shift with the kinds of stuff we do. Right now it is always on a Sunday. It’s always a mid-day meal on a Sunday. I think we might be interested in doing some evening events, you know, some different stuff. But we have ones in the works through summer. Now that the weather’s great, the possibilities are endless.